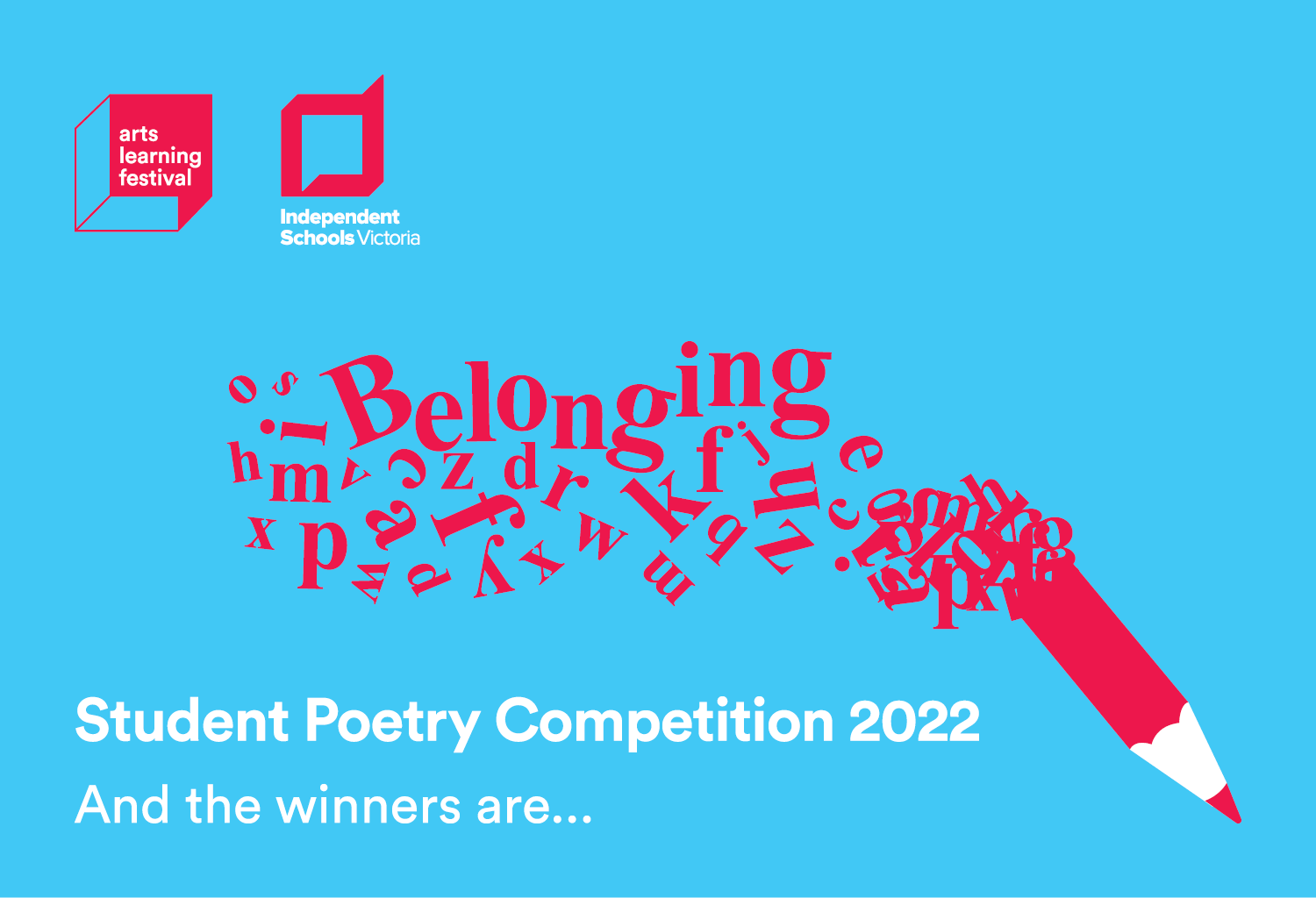 Issues of identity and the sometimes painful search for belonging feature prominently in the winning entries in this year’s student poetry competition run by Independent Schools Victoria (ISV).

The competition, now in its third year, attracted a record number of more than 500 entries from students from Prep to Year 12 in Independent, Government and Catholic schools. For the first time the competition included a performance category, in which students recited and recorded their poems.

ISV Chief Executive Michelle Green today announced the winners of the competition, in which students were asked to write on any subject, with the optional theme of ‘belonging’.

Ms Green said she was impressed by the maturity of even the youngest entries, the creative skills shown by all the student poets, and the engaging styles they had applied to a wide range of themes.

“Some are joyful and whimsical while others are challenging and confronting.”

‘It’s heartening to see the record number of entries. Clearly students, supported by their teachers, have something to say and can express themselves creatively.’

Among the winning entries were a number addressing the theme of ‘belonging’, in which students from diverse backgrounds navigated their way through new and difficult environments.

The judges remark that, in her poem ‘Belonging’, year 4 student Emily Lam makes readers ‘feel what she feels’ as she tries to fit in to a new school in a new country, speaking an unfamiliar language. She writes of a ‘strange sense of loneliness, being isolated from the only language I know’, before discerning tentative signs of acceptance from her classmates.

Year 10 student Suri Liu draws on similar themes in an arresting and sophisticated poem ‘White-washed’, which includes the evocative line: you grew up at home, I grew up homesick

In ‘Worlds Apart’, Year 7 student Eliza Ashby draws a confronting contrast between the comfortable and the downtrodden:

We cover in clothes, fashion pulled from our phones
They exist in threadbare rags, hanging limp from their bones

In the performance category, Year 7 student Grace Sudjono (below) presents an engaging recitation of her poem ‘Song of Hope’, a celebration of the joy of rain ‘strumming the rooftops’.